After hosting 140 concerts in eighteen years, Little Lake Hill House Concerts is taking a break. Our last show in December, 2017 with Robin Bullock and Steve Baughman performing their Celtic Guitar Gods holiday music (mixed with foot-stomping Appalachian fiddle tunes) was a perfect evening to close the doors. We hope to resume the series after a much needed rest but not knowing how long it will be we are not booking shows at the present. It has been a wonderful and fullfilling

journey: bringing some of the best international talent to Raleigh and bringing people together. We have made many long-lasting friendships and will strive to stay in touch with all who have come to nearly every show, welcoming newcomers and bringing warmth and energy into our home. Many folks came to nearly every show here, so it was like being with family! It’s the people who came here that made these evenings special for the artist and the artist often giave some of their best and most creative performances here. Each show was the BEST!

The City of Raleigh Board of Adjustments declared us to be a ‘Prima Facie Business’ in December of 2009 which means we LOOK like a business, even though we are NOT one. Because they found us not to be a business we could still abide by the city code which is that we are allowed to have three events in our home (event of any kind).

It’s been a long, wonderful, but a rocky road. We received a certified letter in the fall of 2009 stating that the city believed that our house concerts were a business. Also, I had a recording studio in my home (a laptop, recording interface and microphone), possibly selling CDs, and that I was teaching music lessons illegally (I had a permit). In December of 2009. Also, because of a sign we bought at a yard sign hanging on the front porch that said, “Parking For In Guests Only” as a joke we were accused of renting rooms in our home as a bed and breakfast or hotel. We appealed to the Board of Adjustments and presented hundreds of certified letters from all over the world asking that the city allow us to continue the series. Sixty people appeared in court with us in support of our community gatherings. Little Lake Hill House Concerts was declared to be a “Prima Facie Business”, perhaps the only one in Raleigh! 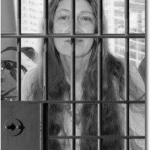 Since it was ruled that we were not a business we were allowed to have three events in our home each year which is City of Raleigh code. This is any kind of scheduled event such as bridge club, boy scout meeting, birthday party, Thanksgiving Dinner, etc. When asked about birthday parties, the city zoning inspector told us that if we had four children, only three could have parties at our house.

In essence, the Board of Adjustments allow the citizens of Raleigh to hold three events in our homes. It does not matter if these are for profit events, how many people attend, and they can last 24 hours. Since they ruled that we are not a business, but look like a business, we are allowed to have three events each year, including house concerts. The city changed the code to allow people to have four events in their home each year. We decided to go completely underground, taking news of shows off the website and not advertising publicly. In 2010 we held shows in our home and in other homes, also at the Unitarian Universalist Fellowship of Raleigh. We are deeply grateful to the UUFR for helping us host Karan Casey Band, which also was a fundraiser for Hospice of Wake County. Also, to Harry Tueting (Harry’s Guitar Shop) for allowing us to host shows in his home as well.

To exercise our First Amendment, we began holding “Town Hall” meetings before the concerts. We had a brief discussion about a local or national issue, voted on a solution, then celebrated by listening to good music.